First, let me dispel a longstanding misconception – I am not really a doctor. Years ago, when I first got on the internet, I figured that I needed a good screen name. Even more years ago, my nephew used to call me “Doctor Bob” after the character in the “Doctor’s Hospital” sketch on “The Muppet Show.” So, I figured that would be a good screen name. 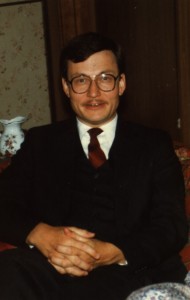 I first became involved with Jehovah’s Witnesses the 1973 when a workmate gave me a copy of the book The Truth That Leads to Eternal Life. I read the book in one night and started studying that same week.  My wife and I were baptized at the “Divine Purpose” district convention at the old Narragansett Park in Pawtucket, Rhode Island.

In September of 1975, I was appointed as a ministerial servant and then I was appointed as a regular pioneer and an elder during the same month of January 1985. During the time I was a Jehovah’s Witness, I served as Literature Servant, Accounts Servant, Service Overseer and Watchtower Study Conductor in my local congregation. I was also a regular public speaker. I worked as a sound and video tech at circuit assemblies and district conventions early on and then worked in finance at the circuit assemblies and as an attendant at the district conventions in the later years.

For most of the years I was a Witness, I thoroughly loved it and enjoyed it. I was convinced that it was Jehovah’s visible, spirit-directed organization. I learned a lot of good things as a JW. I got to know a lot of good people (along with some not-so-good ones), I learned a lot about the Bible, I learned to teach and to speak effectively in public – skills which certainly stand me in good stead today.

Especially during the 5 years I was serving as both a regular pioneer and as an elder, did I really feel that I was doing what Jehovah wanted me to be doing. We had a good group of pioneers that included two of the other elders. Our elder body worked together well and the congregation seemed to be doing well.

But as I served as a pioneer and as an elder, I began to realize things about the organization that were troublesome. I began to see that we were not raising up spiritual people, but organizational people. It also began to dawn on me that much of the training I was receiving as an elder had more to do with protecting the considerable assets of the Watchtower corporations than it did with helping my brothers and sisters.

For a while, I tried to teach around the things I realized had no basis in scripture or were wrong. But, as time went on, I was left with less and less that I could teach with a clear conscience. At that point, I stepped down from being an elder. Then, over the next couple of years, I attended fewer and fewer meetings. My last meeting was the Memorial of 1997. 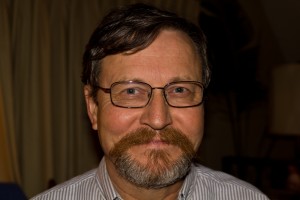 At this point, I have found that there is not only life after being a Jehovah’s Witness, but there is “abundant life” in Christ. While I was a Witness, I was sure that we had a spiritual paradise that people in Christendom could not appreciate. But since leaving Jehovah’s Witnesses I have realized that it is not about religion, but it’s about relationship. I now enjoy a relationship with God that I could not have as a Jehovah’s Witness. In fact, when I sent out letters that told my old Witness friends of my new relationship with God, the elders wanted me to face charges of apostasy. For more on that story, please read the letter that I wrote to my Witness friends at Letter 1

Because you say: “I am rich and have acquired riches and do not need anything at all,” but you do not know you are miserable and pitiable and poor and blind and naked, … “.